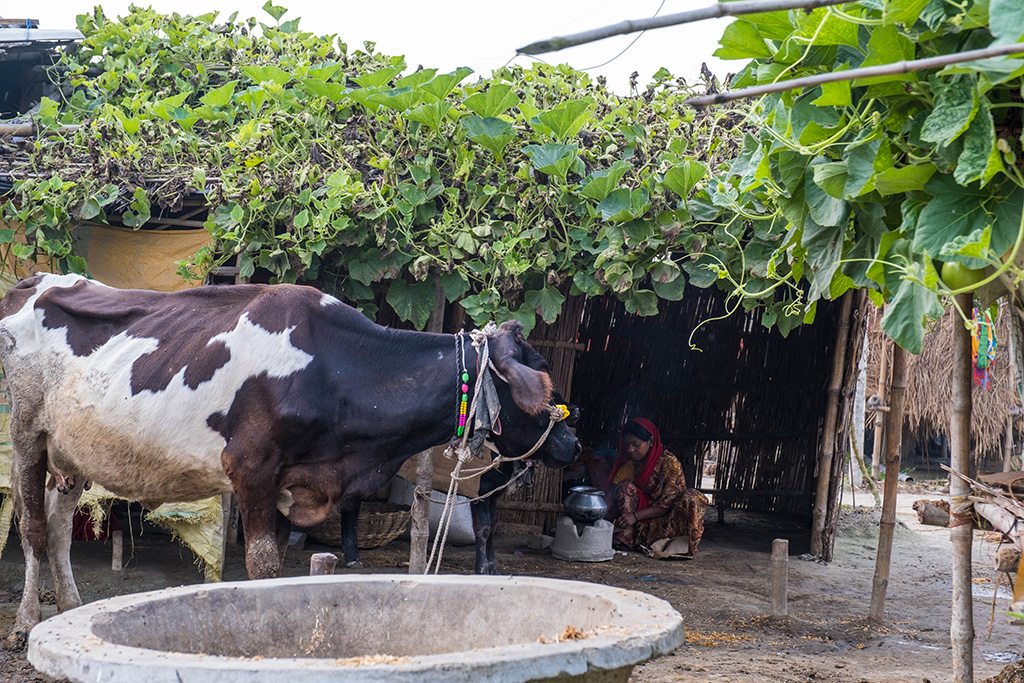 Neglected Tropical Diseases (NTDs) constitute a diverse group of communicable diseases that prevail in tropical and subtropical conditions in many countries affecting a large population and costing developing economies billions of dollars. NTDs lead to a host of mental and physical suffering with temporary or even permanent disability or deformities. These dreadful diseases impact every aspect of human life, significantly reducing the chances of going and staying in school, earning a living, or being accepted by the family or community. Unfortunately, India experiences the world’s largest absolute burden of at least 11 major NTDs. This includes diseases such as Lymphatic Filariasis (LF), Visceral Leishmaniases (VL) and Leprosy. According to data, India still accounts for nearly 40% of the global LF disease burden and almost 50% of the world’s prevalent VL cases.

Neglected Tropical Diseases (NTDs) constitute a diverse group of communicable diseases that prevail in tropical and subtropical conditions in many countries affecting a large population and costing developing economies billions of dollars. In India, we are focused on two major NTDs – Lymphatic Filariasis (LF), commonly known as Hathi Paon, and Visceral Leishmaniasis (VL), also known as Kala-azar. The data reveals that India still accounts for nearly 40% of the global LF disease burden and almost 50% of the world’s prevalent VL cases.

These dreadful diseases impact every aspect of human life and significantly reduces the chances of going and staying in school, earning a living, or being accepted by family or community. The national strategy for the elimination of LF include Mass Drug Administration and for VL it is Indoor Residual Spraying. PCI is providing social mobilization support to the National Vector Borne Disease Control Programme (NVBDCP) for the elimination of both the diseases.

PCI leads the social mobilization for the prevention of LF and Kala-Azar in India. We provide technical support to Government to activate the social mobilization platforms and engage them for effective Mass Drug Administration. Our 4 L social mobilization approach focuses on leveraging varied existing platforms, layering the existing resources with key action oriented messages, linking with varied potential channels and platforms and cover all the touchpoints at all the levels from national till the community level. The platforms include women Self Help Groups (SHGs), Panchayat Raj Institutions and Schools which are leveraged to raise awareness and educate them on the benefits of Mass Drug Administration (MDA) and Indoor Residual Spraying (IRS) for the elimination of LF & Kala-Azar.

We believe women are critical to a nation’s overall growth and development. In India, the National Rural Livelihood Mission (NRLM), a poverty alleviation initiative implemented by the Ministry of Rural Development connects over 707,537 villages in 6,055 blocks of 649 districts across the country. Therefore, we leverage the existing State Rural Livelihood Mission (SRLM) platforms to conduct activities such as NTDs sessions, oath-taking ceremonies by the SHG women, slogan writing competitions, among others to raise the awareness level around LF and VL. This engagement has already resulted in improved Mass Drug Administration (MDA) compliance for LF in various endemic districts. There are instances of SHG women playing instrumental roles in converting the non-compliant (refusal) families through their persuasion and negotiation skills.

At an institutional level, the Panchayati Raj Institutions (PRIs) in India are pivotal to any grass root level social behavior changes. Panchayats have been path-breaking the psychosocial barriers and bringing monumental social reforms. Our advocacy with the State Health Departments has led to the active engagement of PRIs in social mobilization for LF and VL elimination. We sensitize the PRI leaders in the endemic districts to steer conversations around these NTDs during their Gram Sabha Meetings right before the MDA and IRS rounds, and mobilize refusal families.

It is also known that complex intervention is surrounded by tons of myths and misconceptions, and it is not a secret that religious leaders have all the solutions to these problems. Our NTDs elimination drive, particularly in some districts and pockets, has faced the challenge to thrive due to various myths and misconceptions. One of the approaches to convert those refusal communities was to influence their thinking and actions by engaging the religious institutions and leaders.

No intervention is complete without the active engagement of the younger lot – the school-going children. We mobilized 25%-30% of school-going children in bringing unprecedented positive behavior changes at the community level. Considering this platform’s potential strength in social mobilization, our active engagement with the School Education Department in the endemic states has helped us leverage the school platforms for awareness building around NTDs.

In the year 2020, PCI was able to support nine states and 94 districts with social mobilization inputs leveraging 10,707 schools, 8,655 women SHGs, and 5,029 panchayat leaders. Our list of platforms does not end here, we also engage with youth-led cadres like National Cadet Corps (NCC) and National Service Scheme (NSS), health and medical communities in the states, and work with the media to bring the spotlight on NTDs and accelerate the elimination drive.

Lymphatic Filariasis (LF) is a neglected public health issue worldwide and it has been...

Social Mobilization for LF and VL elimination in India